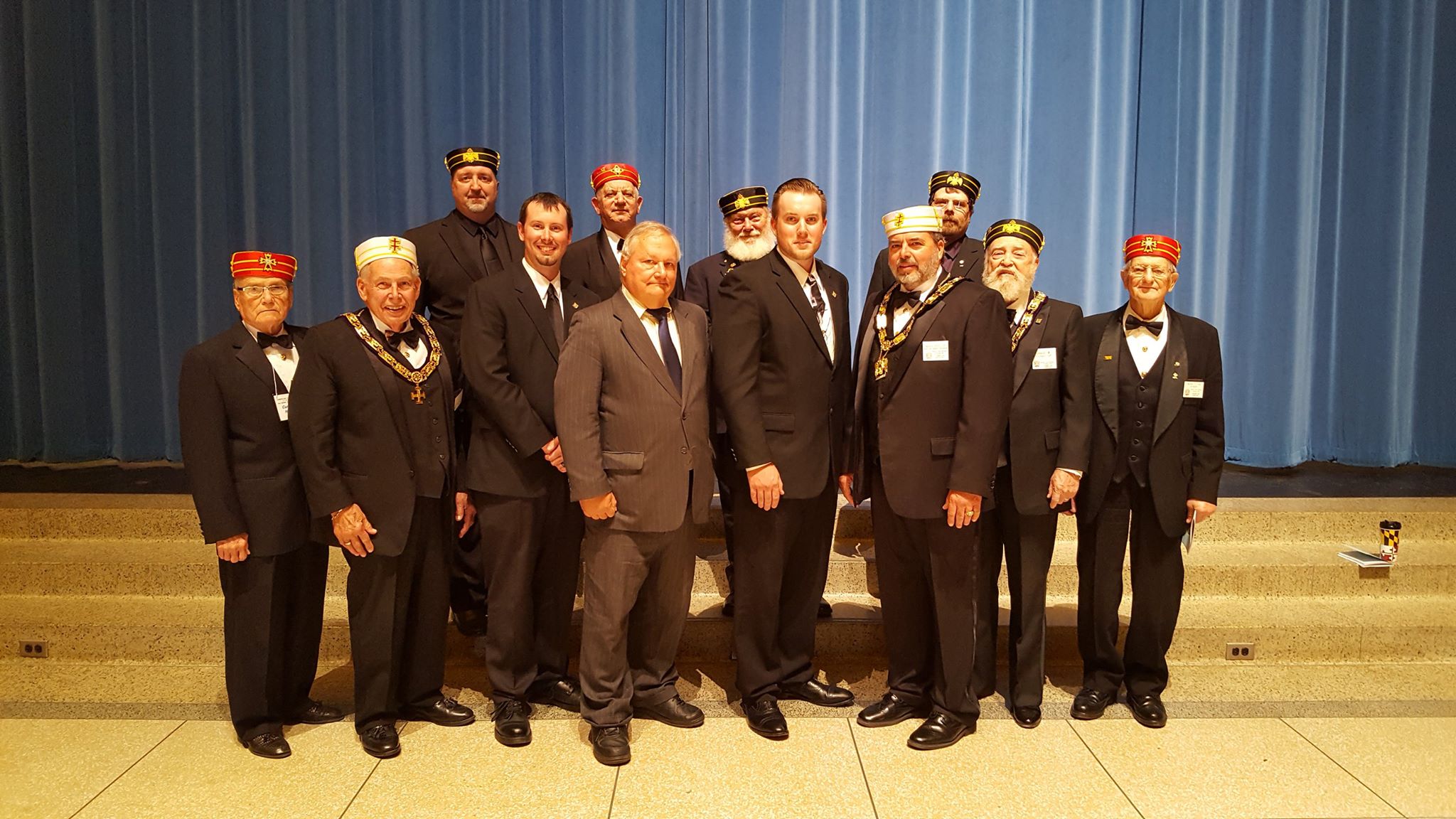 A delegation from the Cumberland Valley traveled to Baltimore to take part in the first joint assembly of the Scottish Rite Northern and Southern Jurisdictions in a nationwide one day class on Saturday, November 5, 2016.

Congratulations to Bros. Eric Filsinger, David Tibbetts, on Kenneth Alkire, who received their Scottish Rite degrees at the beautiful Scottish Rite Temple in Baltimore as part of this historic event.