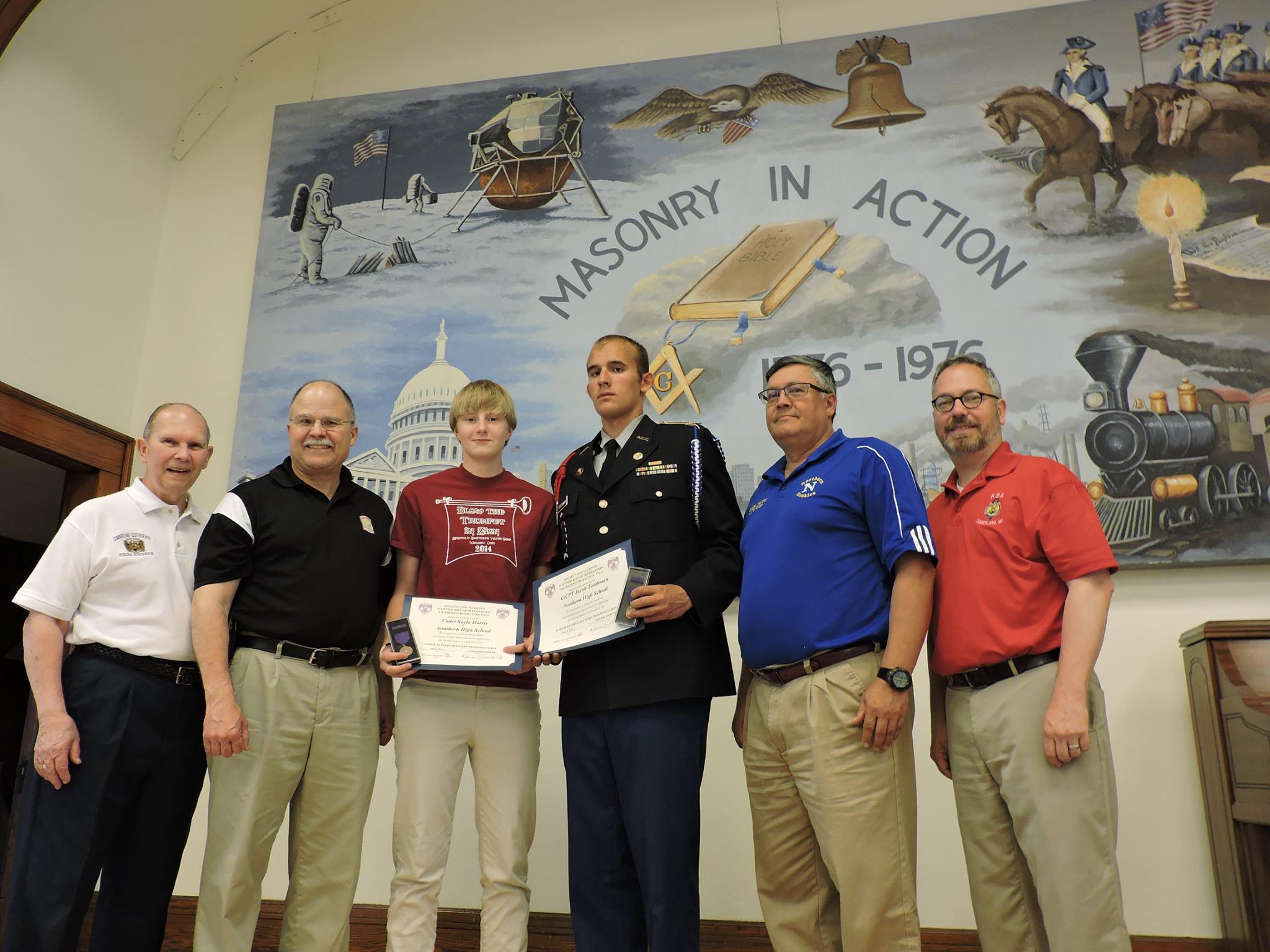 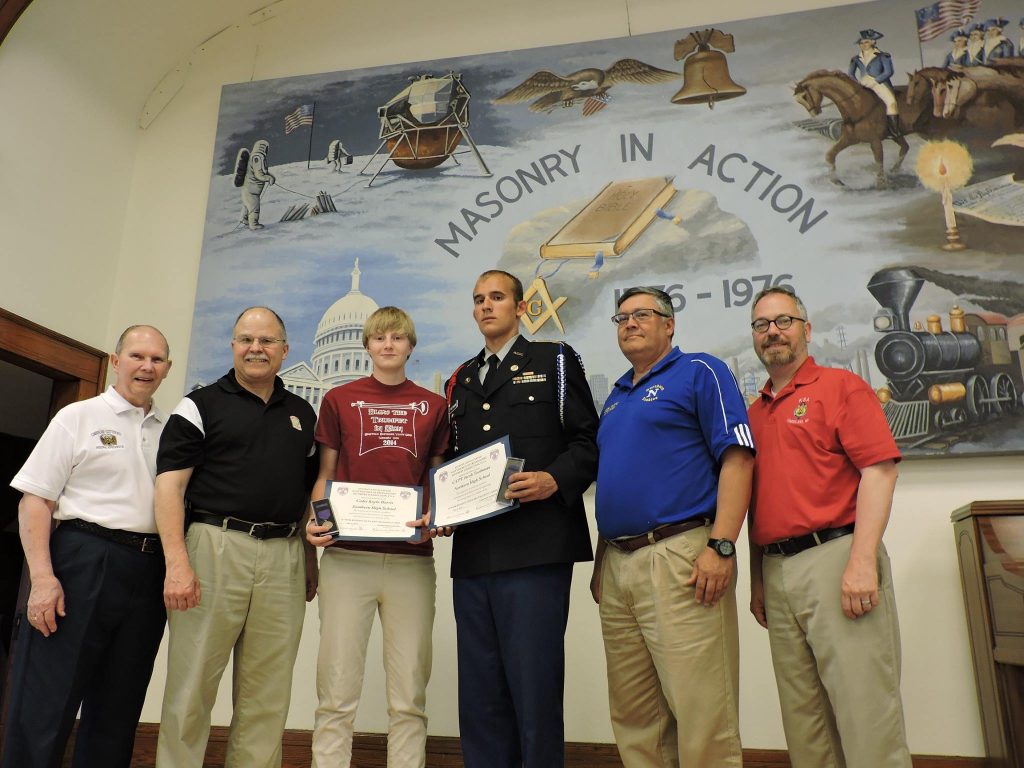 Since 1998 the Supreme Council of the Scottish Rite for the Southern Jurisdiction initiated a program of recognition for outstanding Junior ROTC students approved by the Assistant Secretary of Defense. This initiative recognizes high school youth enrolled in the Junior Reserve Officers Training Corps (JROTC) for their scholastic excellence and patriotic Americanism efforts. The award consists of a medal, ribbon, and a certificate suitable for framing. The medal depicts the heraldic logo of the Scottish Rite of Freemasonry, and by the words “JROTC Education and Americanism” calls attention to two of the major focal points of the Scottish Rite. This award recognizes one outstanding cadet in the second year or second to last year of their commitment to their unit.

In further recognition of their achievements, the Cumberland Scottish Rite presented a check for $100 to each cadet to support their further pursuits in JROTC or other educational activities.

To be eligible to receive this award, the Cadet must have: contributed the most among cadets on campus to encourage and demonstrate Americanism by deeds or conduct during participation in extracurricular activities or community projects; demonstrated academic excellence by being in the top 25% of his/her academic class; and demonstrated outstanding leadership by exhibiting qualities of dependability, good character, self-discipline, good citizenship, and patriotism.

This is the first year that the Cumberland Scottish Rite has participated in the program. We are grateful to Senior Army Instructors LTC (ret) Jack Riley of Northern Garrett High School and LTC (ret) Ralph Sheaffer of Southern Garrett High School for their participation and for nominating two outstanding cadets for recognition. With their support, we look forward to making this award a part of our annual program.